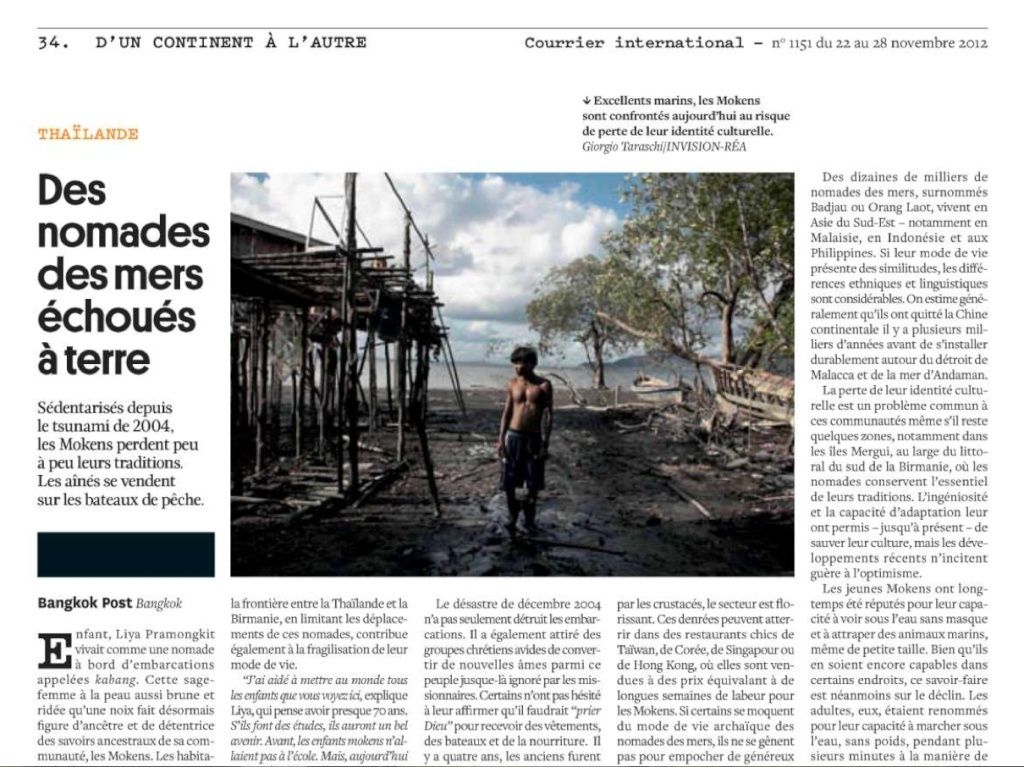 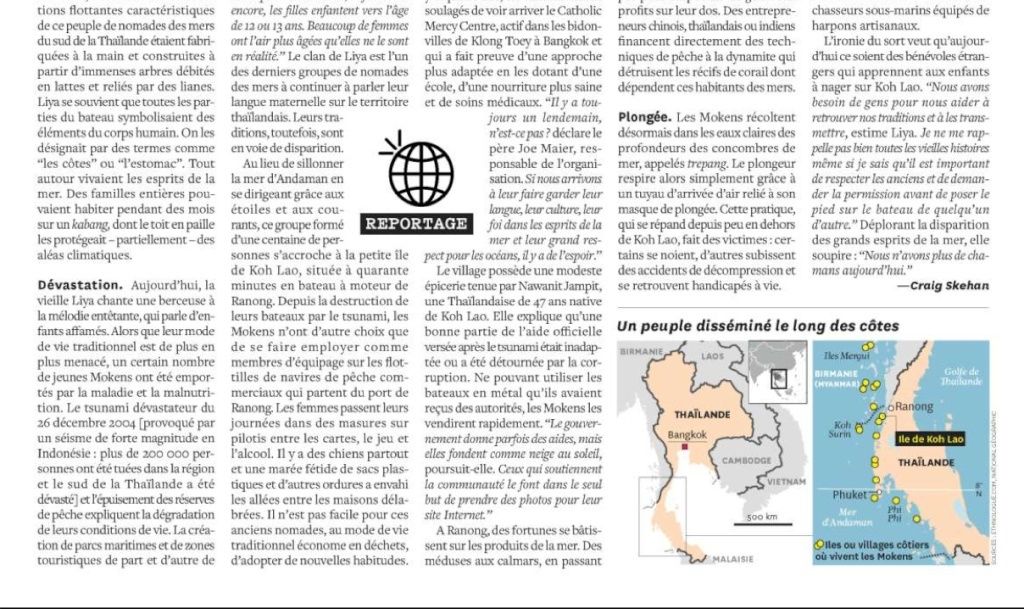 "Other cultures are not failed attempts at being you; they are unique manifestations of the human spirit...”
Off the coast of Thailand and Burma live a community of stateless sea nomads called the Moken peoples. They have occupied the Andaman Sea waters for thousands of years. Living close to the shore on hand-made boats called "kabangs" and sometimes on land in thatched huts, they are a water-based society with ancient wisdom and practices. There are multiple first-hand stories of their prediction of the 2004 Tsunami and subsequent survival. The Tsunami also introduced emergency aid of rice and gasoline, which the community had never before experienced and now dangerously rely upon. There are also numerous Christian charity organizations hoping to convert the community from their animist traditions to Christianity.
One Moken community in particular, in the Surin Islands, is now in the midst of further disruption by the recent introduction of eco-tourism and the promise of fast cash.
Both a celebration of cultural diversity and a cautionary tale of a 'modernizing' indigenous peoples, Flotilla is a documentary about a vanishing culture. It is currently in production.

This is a tiny sampling of footage for promotional purposes.