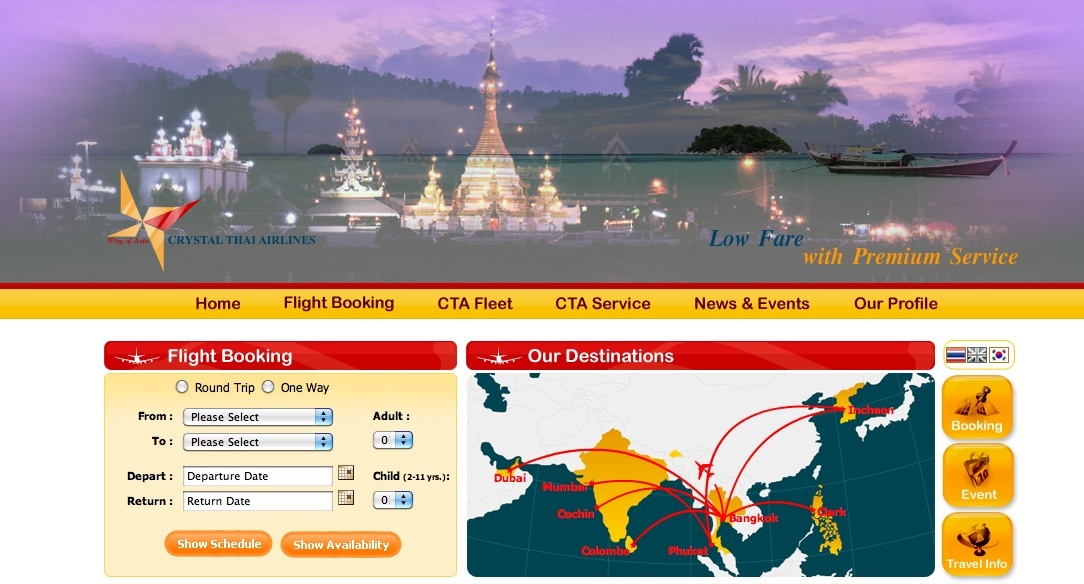 A new Thai airline is set to launch operations later this month.

According to a report on global news website Aviationweek.com, Crystal Thai Airlines has received its air operator’s certificate and will begin flights on January 30 with a service from Bangkok to Seoul Incheon.

Other planned destinations listed on the airline’s not yet fully functional website are: Busan, South Korea; Colombo, Sri Lanka; Phuket, Thailand; Clark, Philippines; Bhutan; and Cochin and Mumbai in India.

Aviationweek.com says Crystal Thai will cater mostly to tourists, and its Airbus A320 -- to be used for the Seoul, Busan and Colombo flights -- is in an all-economy configuration, while its A330s, which it plans to lease in March, will have economy- and business-class seats.

The carrier says it aims to become Thailand’s third-largest carrier, after Thai Airways and Bangkok Airways.

No word yet on pricing, though the airline promises to offer low fares with premium services.