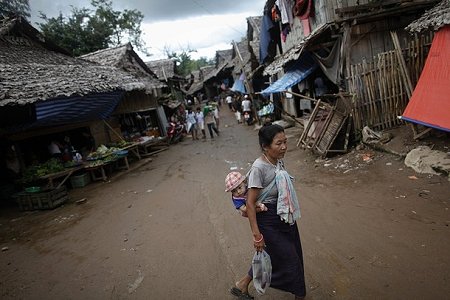 An ethnic Karen woman from Myanmar carries her child through the Mae La camp outside Mae Sot near the Thai-Myanmar border October 14, 2010. Ethnic Karen refugees continue to pour into Thailand, fleeing decades-long fighting between Karen rebels and Myanmar government troops and its guerrilla allies. Some 140,000 refugees live in official camps along the Thai-Myanmar border, according to the U.N. refugee agency and there are concerns that hostilities in the hills of Eastern Myanmar could intensify as a result of a refusal of several ethnic political groups to take part in an election next month. (Reuters) 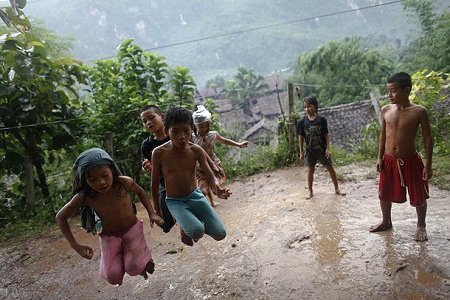 Ethnic Karen children from Myanmar play on the hill overlooking the Mae La camp outside Mae Sot near the Thai-Myanmar border October 14, 2010. (Reuters)