Collaboration between WhoMadeWho and Burmese activists Generation Wave. The song is recorded for the Danish NGO "Operation Dagsværk" and the MP3 can be downloaded for free at www.od.dk

thanaka a écrit:Collaboration between WhoMadeWho and Burmese activists Generation Wave. The song is recorded for the Danish NGO "Operation Dagsværk" and the MP3 can be downloaded for free at www.od.dk 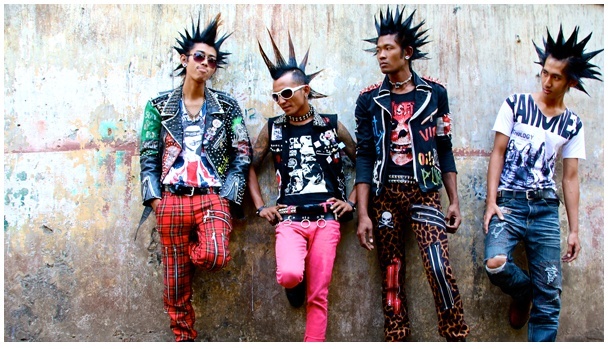 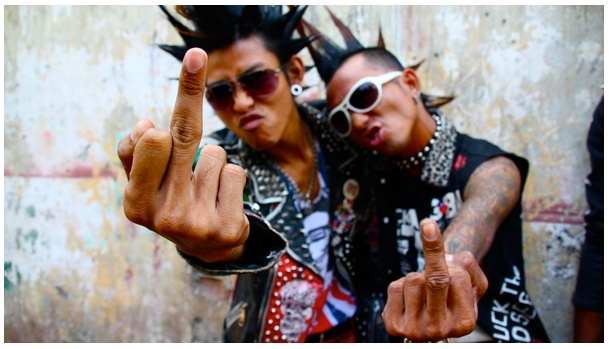 The Frustrated Punks of Burma 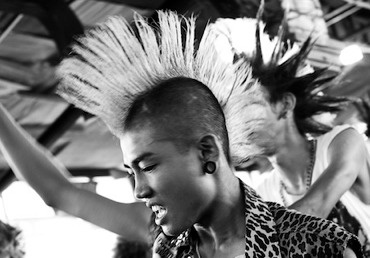 So, when you think of Burmese people (which I'm sure you do at least a dozen times every day), you probably still imagine a race of steely faced, government-bred tin soldiers, marching rank and file through the streets to clock in for another day of payless munitions factory psycho-torture. Or maybe you don't. Maybe when you think of Burma, you think of young men who look like Rufio from Hook if he'd grown up and started a Casualties tribute band.

In 2010, the junta allowed some elections to be held, and although they were widely considered to be fraudulent by the international community, they cleared the way for reforms that included the release of Aung San Suu Kyi, the opposition leader who had been under house arrest for 15 years.

The years before this shift towards relative liberalism saw the blossoming of an underground subculture of punks and metalheads in the city of Rangoon. It started when some guys and girls there get their hands on tapes and CDs brought in by merchant ships visiting the country. Slowly, a scene formed, and bands began to play small shows while avoiding the gaze of the notorious Burmese police.

Thai photographer Ko Gyi spent two years in Burma when the junta was still officially in charge (in the reforms that were made, they ensured that former junta generals would cling on to a lot of power). Ko photographed the punk shows and the community that supports them, so I got in touch to ask him a few questions.

VICE: Hey Ko, how did you first get in touch with these kids?
Ko Gyi: I've always been interested in sub-subcultures, particularly youth sub-cultures, and even before I went out to Rangoon I had it in my mind that I'd like to photograph a more creative and rebellious side of Burma than is usually portrayed. I didn't really have any idea what alternative cultures existed but it wasn't too long after I'd arrived that I heard about a punk concert in one of the parks there. It was the first time I'd really seen any openly alternative fashion.

I shot some photos and chatted to people about the bands. They were pretty welcoming. A few days later, I met the guitarist from one of the bands for coffee. I showed him my photos and gradually I got more embedded in the scene.

Would you say these bands are more influenced by the UK or US version of what punk and metal is? In terms of music and fashion.
There's a lot of musical influence from both the UK and the US, but the UK stuff is mainly classic punk: the Sex Pistols, the Clash, the Buzzcocks. So, most of the contemporary influences seem to be American, especially for the hardcore and metal bands. But you find a huge diversity in what people listen to.

Style-wise, again there's a divide between the punks on one hand and the metal and hardcore fans on the other. A lot of the punks consider their fashion and the way they act to be part of the scene, and they're very clearly influenced by Johnny Rotten, Sid Vicious and the Ramones—there are loads of studded jackets, mohawks, and heavy boots. But the metalheads and hardcore bands seem less interested in any particular style. For them, just jeans and a band T-shirt will generally suffice.

What are these bands singing about? What are they angry about?
There are many answers to that, and it's important to distinguish between the different motives for becoming involved in the scene. Obviously, there are those who try to make a political statement, rebelling against what remains an oppressive state, and that is reflected in the things they sing about and the way they act. But at the same time there are many who are just interested in the music or the style – non-political anarchism. The one thing which links them all, though, is a frustration that all their material has to pass through the government censorship board, which means that even the more politically-minded bands are limited in what they can say.

Really? Don't they worry about getting it in the neck from the authorities?
I don't think that "worried" is the right term—frustration is probably what they feel most. They become fairly adept at expressing themselves in metaphors and knowing how far they can push a certain subject. But still, the fact they have to submit everything to a board of censors is massively frustrating for them.

Yeah, I can imagine. How many of these bands are there? How big's the scene?
The numbers of bands in each genre tends to be fairly small, so when shows are put on it tends to be a mix of punk, rock, metal and hardcore. A well-known band, even an underground band, can pull in a couple of hundred fans for a show.

What are the overall most popular bands in the scene?
The main punk bands at the moment are No U Turn and Rebel Riot. Then there's an indie rock band called Side Effect, and Married for the Pain are big news on the Burmese experimental hardcore scene.

Do they find it hard to put on shows?
Yeah, this is one of the biggest difficulties, there are very few venues willing to put them on. A lot of the bands don't even have their own equipment, and it's difficult to get permission to play. I was there for a year and a half, and I saw less than ten shows.

Where do they get their instruments?
Instruments are generally Chinese knock-offs, which are widely available but still relatively expensive for the average Burmese.

Have you been to any shows that were busted by the cops?
A lot of shows, especially those held outdoors, have a pretty strong security and police presence, but I've only ever seen them busted if there was violence in the crowd, and I doubt that would be different for any other type of event. The shows are allowed to continue once those causing trouble have been taken away.

Do you know of any band members getting arrested and imprisoned?
Not because they were punks, but for other reasons, yes. I've heard stories about some of the guys, particularly those who wear the full punk fashion, getting harassment from the police but it seems to be much less common than it used to be. There are a lot of stories of punks in the past being arrested and having their heads shaved—similar to what still happens in Indonesia—but in my experience, that doesn't seem to happen any more. Not in Rangoon, at least.

Do you have any plans to go back?
Yes, I'll be back now and again to see friends. I now run an organization in Chiang Mai called Documentary Arts Asia, which supports documentary photographers and filmmakers. We have a gallery, library, training center and theater for screening documentary work and the plan is to do the same thing in Rangoon, but it might be a few years before the country is open enough.

Censored, heavily-reliant on 'borrowed' foreign tunes and even hamstrung by sanctions, Myanmar's musicians have struggled for years under dictatorship. With sweeping reforms from a new regime, change is in the air in the formerly reclusive country 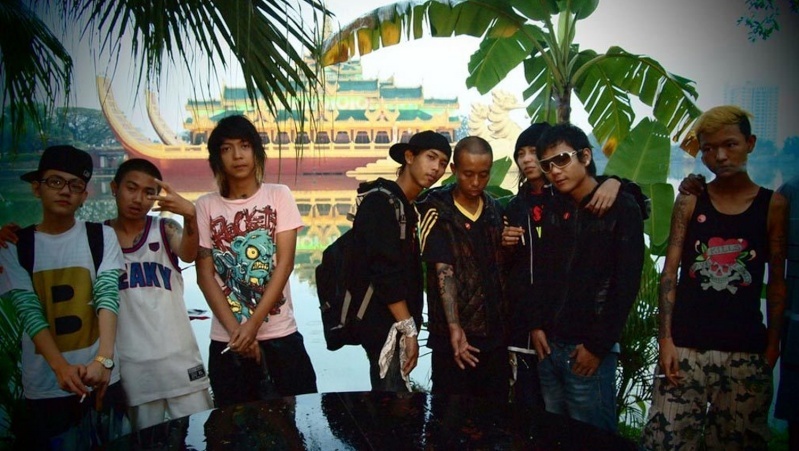 Trailer for 'Miss Nikki and the Tiger Girls'

'Miss Nikki and the Tiger Girls' mirrors the remarkable change that has taken place in Myanmar (Burma) since shooting began two years ago. Through its exploration of five young women breaking free of tradition in their search for an original voice, the film provides a powerful metaphor for a country suddenly thrust onto the world stage.