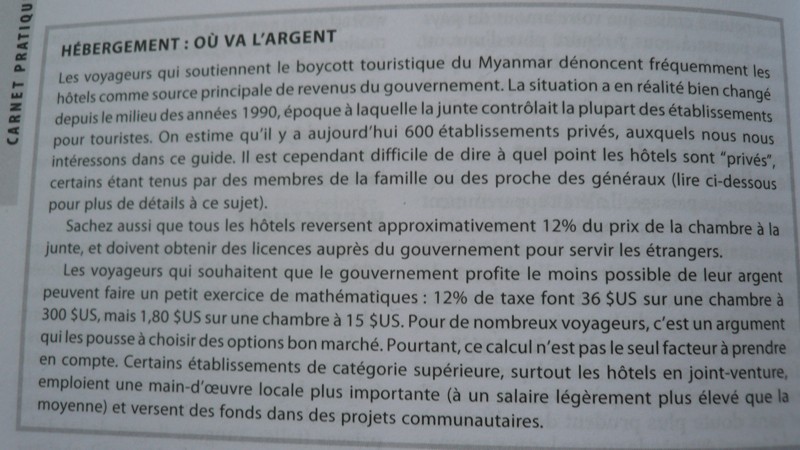 Why You, the Conscientious Cook, Should Visit This Troubled Land ?

Last week, I walked into my county elections office and voted. I voted for the people I want (thereby voting against those I don’t). I was not bribed, hassled, harassed, intimidated, censored or stifled. I left the building bruise-free. My phones weren’t tapped, the Internet didn’t burp. I did my duty and exercised this privilege as a free American. And it felt great.

Next week, the Burmese people will vote for the first time in 20 years. The last general election in 1990 resulted in a landslide victory for Aung San Suu Kyi and her National League for Democracy. But the country’s military junta refused to recognize those results. The Lady, as she is known, has spent many of the intervening years under house arrest. And the Burmese people have had little hope for change. They still don’t.

That sentiment is what I hear from my friends and colleagues “inside.” The Nov. 7 election is widely seen as a “sham” with the government bullying people to vote. My contacts in Yangon say they don’t expect life to change anytime soon. But the youngest and most optimistic hope Nov. 7 will mark a new start—to something. “I will stand frim [sic] on my feet,” a freelance journalist wrote to me this weekend. This is a guy who’s been arrested and harassed simply for doing his job.

What can we do? What should we do, as conscientious human beings? For years, travelers have debated The Big Question: to go or not to go? Many of The Lady’s supporters have argued that tourism intrinsically aids a junta that commits some of the world’s worst human rights atrocities. Britain’s Telegraph reported last year that Aung San Suu Kyi has changed her views, claiming that individual travel through private companies can help open the world’s eyes to the country’s realities. That hasn’t been widely repeated, but several Burmese organizations support the notion.

If you’re undecided on the ethics of visiting The Golden Land, Lonely Planet provides a downloadable PDF guide. Unlike years past, travelers are no longer required to hand money directly to the regime. Today’s tourists can visit Burma on their own, avoiding package tours controlled by the government and instead spending their dollars and kyat on local businesses.

As the election draws near, it’s tougher for foreigners to get into Burma. But some tourists have received visas in recent weeks, and most Burmese expect the government to ease up on restrictions after the votes are cast.

I understand the decision not to go—though I respectfully disagree. I remember a conversation I had long ago with a Shan man who had tangled with the authorities too many times. He worked with orphans whose parents had died at the hands of the Burmese military. He thanked me for coming to his homeland. “I hope you can write something about this country,” he said.

Here are seven of my arguments for visiting Burma—especially if you aim for the food:

1. Burmese people want you there.

Obviously not everyone agrees, and I honor the opposing view. But I’ve never—not once—had a Burmese person “inside” or a Burmese refugee “outside” ask me not to go. I’ve had lots of the opposite: friends and strangers inviting me with generous arms. “You can see with your own eyes,” a Burmese businessman told me several years ago. “Even if you buy some fruit in the market, if you buy some popcorn, that goes directly to the people.” He praised backpackers who talk to locals, “see the real Myanmar,” then return home to describe what they saw. Most Burmese, I’ve found, wish to welcome foreigners through the most traditional, hospitable means: a shared meal.

They’re everywhere, serving strong sweet brews with poppyseed cakes and local pastries. A teashop is the best place to fill your caffeine needs—yet it offers far more than drink. In Burma, a teashop is where things happen. Locals gather and chat (and spies take note). It’s a great place for a tourist to sit, sip and observe the pulse of life.

Laphet thote is a distinctly Burmese dish—a zippy, tangy salad of pickled tea leaves, dried peas and beans, roasted seeds and nuts, fresh chile and garlic, tamarind or lime. It’s the equivalent of the local welcome mat, served in homes to honored guests (and sold on the street for about 50 cents a plate). You haven’t really experienced Burma until you’ve eaten laphet thote. And you’d be hard-pressed to find this dish beyond Burma and its diaspora.

This is sustenance: fish noodle soup with the nourishing flavors of lemongrass, ginger, turmeric, chile, garlic, onion, pepper and shrimp paste. Cookbook writer Tin Cho Chaw calls this dish her “comfort food,” which stirs up childhood memories and feeds her friends today with a hearty Burmese brunch. Scholar U Ba Than notes mohinga’s ease in preparation and its richness in protein, carbohydrates, vitamins and minerals. “Each region, each town, even each reputable shop has its own secret recipe to make it distinct and attractive,” he writes.

It’s remarkable that a country with such Draconian censorship laws also would have such wonderful under-the-radar book stalls. Check the back alleys of Yangon, and you’ll find sidewalk vendors selling everything from 1980s-era Better Homes & Gardens to the earlier works of John McPhee and paperback photocopies of Friedman’s flat world. In addition, you will find the above-mentioned U Ba Than book, Myanmar’s Attractions and Delights, which includes an entire section on Burmese eating, its history and methods; plus a treasure trove of hard-to-find, out-of-print Burmese cookbooks: Burmese National Dishes, Cooking With Love Myanmar Style, Cook and Entertain the Burmese Way.

6. Diversity in the field & kitchen.

Burma is home to 135 officially recognized ethnic groups (and others that aren’t). Thus, it’s something of a misnomer to speak of Burmese cooking as one entity. It’s a smorgasbord of delights that reflect the region’s history and interrelations with neighboring Bangladesh, India, China, Thailand, Laos and beyond. Though much of the country remains off-limits to tourists, it’s possible to taste your way through the seafood regions of the southern Delta to the upland cuisines of the north. Explore the Bay of Bengal, and you will learn the realities of a fish-based economy amid a tourist slump. Book a trek through Shan State, and you will meet hilltribe farmers at work in the field, eager to discuss their organic methods. Visit a roving weekly market, and you will gain an entirely new appreciation of the term locavore.

Suppress speech and education, and you end up with a population hungry to talk—or just plain hungry. Some of the most soul-searching conversations I’ve ever had occurred around tables of Burmese curry. Friendships grow far more intimate around shared food. If you can read between the lines, you will see that the life of a restaurant waiter reveals much about the state of Burma. Mealtime provides a perfect opportunity to chat with locals in an inconspicuous way. Just bear in mind the risks involved in any conversation between a Burmese and a foreigner. The danger is always theirs, not yours. You can eat your dinner and return home safely—but your Burmese companion might not. 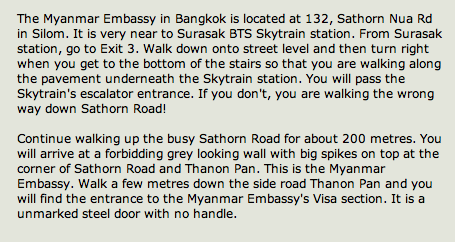 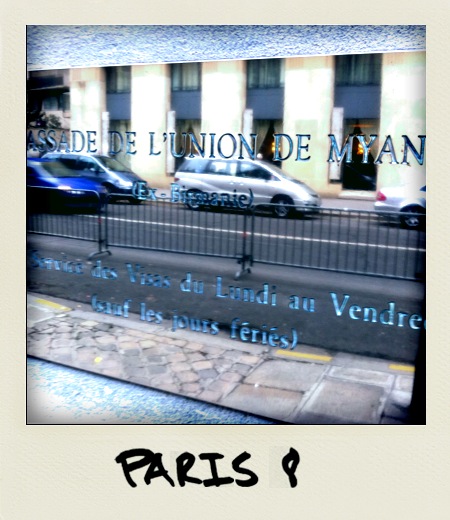