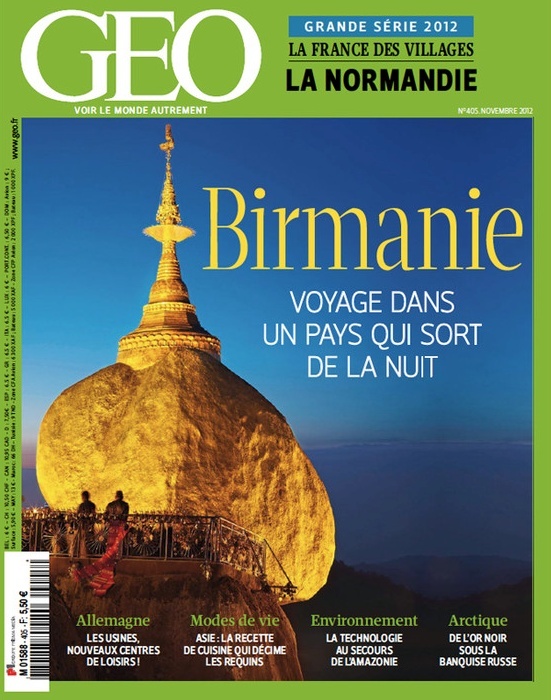 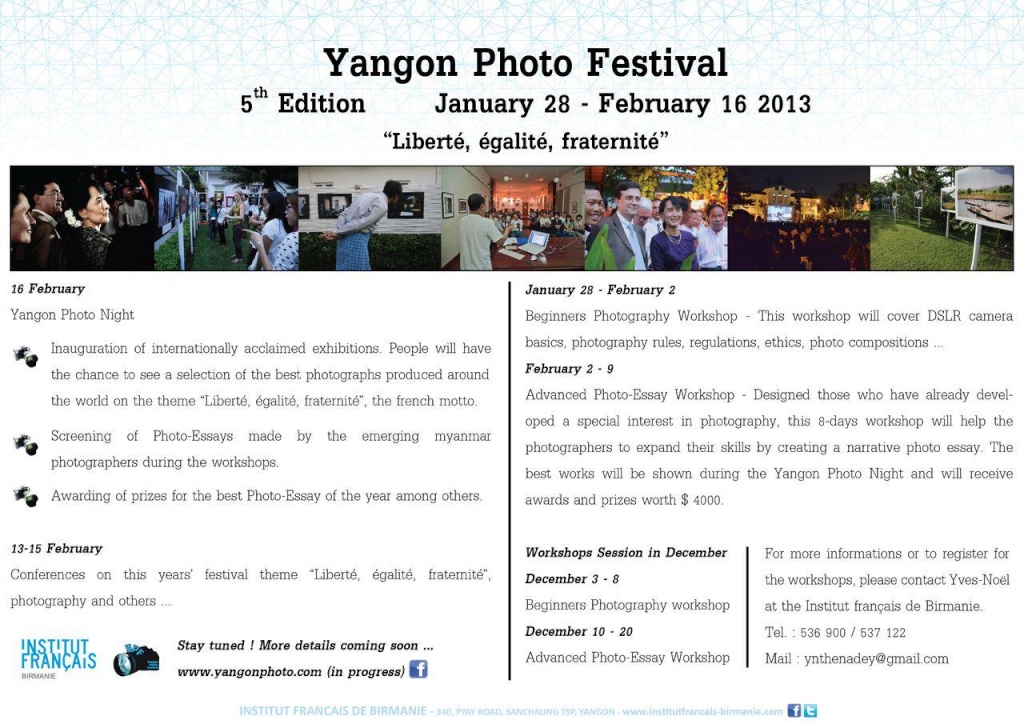 al you need to know when travelling to Myanmar (Burma) 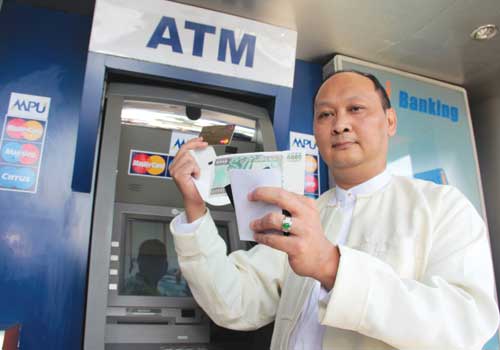 Mastercard holders visiting Myanmar can use their debit and credit cards to withdraw cash from Co-operative Bank automatic teller machines in the country following the launch of services on Thursday, November 15.

The first withdrawal was made from an ATM at CB bank’s headquarters at the corner of 23rd Street and Strand Road in Yangon.

Myanmar’s first ATM allowed since the banking crisis in 2003 was installed at the same location in November 2011.

Initially services will be limited to debit cards. The bank will later offer credit cards based on customer feedback, if the Central Bank permits, he said.

In September MasterCard Worldwide became the first international payments networks to issue a licence to a Myanmar bank, paving the way for branded cards to be issued and accepted in Myanmar.

Mr Antonio Sebastian Corró, MasterCard country manager and chief representative for Indochina, said tourists and business travellers with a MasterCard-, Maestro- or Cirrus-branded card could use them to withdraw kyat from 36 Co-operative Bank ATMs nationally, including two at Yangon International Airport.

“Today is an historic event for Myanmar and CB bank,” he said.

“Today is a first for CB bank … [whose] ATMs can accept MasterCard-, Maestro- and Cirrus-branded cards. This is very important for Myanmar … [and] will boost the tourism sector because they [tourists] don’t have to bring their cash.

“They can go to any of CB bank’s 36 ATMs and be able to withdraw local currency,” Mr Corro told The Myanmar Times at a press conference at CB bank’s headquarters.

“According to my understanding, the CB bank management will install more ATMs before the end of this year. Obviously they will be placed in the location where most tourists go, such as Mandalay and Bagan. As of today, all the CB bank’s ATMS are accepting MasterCard withdrawals,” he added.

Mr Corró said CB bank is one of the most established commercial banks in Myanmar, with the largest ATM network, which is why MasterCard had chosen to work with the company.

“We also working with other banks but CB bank is the first to be licensed by any international brand. … I’m quite confident with them and I definitely believed in our partnership with them… and they have been working very hard in the past few months to make sure this happened,” he said.

He said MasterCard is also discussing possible partnerships with other private banks but would not disclose the names.

“We are talking with a few private banks. Hopefully we will be able to make some more announcements in the near future,” he said.

He said Myanmar’s banking sector was developing in the right direction.

“There will be a lot of changes in Myanmar’s banking sector. I think the Central Bank is working hard to coordinate what’s happening.

“And with the passing of the Foreign Investment Law, I am sure there will be strategic partners coming in soon … So I am quite confident that the banking sector is moving in the right direction.”

U Kyaw Lynn, CB bank executive chairman and chief executive officer, said the launch was an important step forward and coincides with the 20th anniversary of the bank’s founding.

“This is indeed an historic milestone for our country, CB bank and MasterCard. We are glad to be able to contribute to the economic development of Myanmar by pioneering the move to a global payments system,” said U Kyaw Lynn.

“Enabling the first international transaction at CB bank’s ATMs, opens up opportunities for business, retail and tourism for our country. The hotel and tourism industry will especially benefit from this service.

“We are expecting a large influx of foreign visitors during the Southeast Asia Games scheduled in December next year. The ability to use MasterCard at point-of-sales (POS) terminals is expected to be available within four months. And we expect to issue MasterCards for Myanmar citizens within a year,” he added.

“Even though we expected both MasterCard and Visa to start in January, arrangements went quickly,” he said ahead of the November 15 press conference.

CB wants to expand from its current total of 28 branches to up to 42 next fiscal year, and will install at least 30 more ATMs, U Pe Myint said.

As a first stage, the bank will provide services for foreigners.

Over the next six months, point-of-sale programs will begin in hotels, shopping centres and restaurants, and in late 2013, a credit card service for Myanmar citizens who want to use foreign banks will open, he said.

“There’s no urgent need to offer MasterCard services to Myanmar citizens because they can use the Myanmar Payment Union MPU card,” he said.

“Myanmar has to offer whatever services other ASEAN countries provide, so the government is trying to provide the facilities so as not to be left behind,” he said, adding that visitors were expected to come to Myanmar in increasing numbers.

In early 2013, CB bank is planning to offer China Union Payment services and Visa card services, along with Kanbawza and Myanmar Oriental banks. 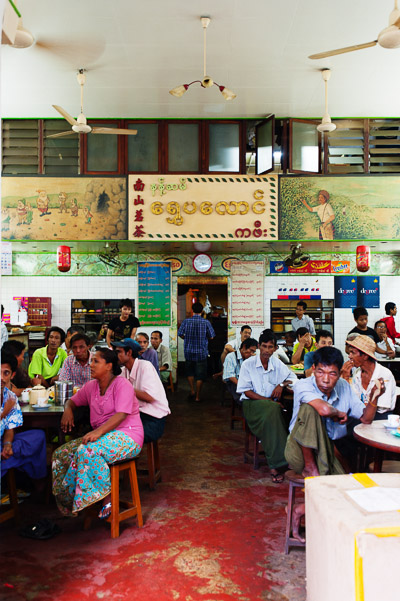 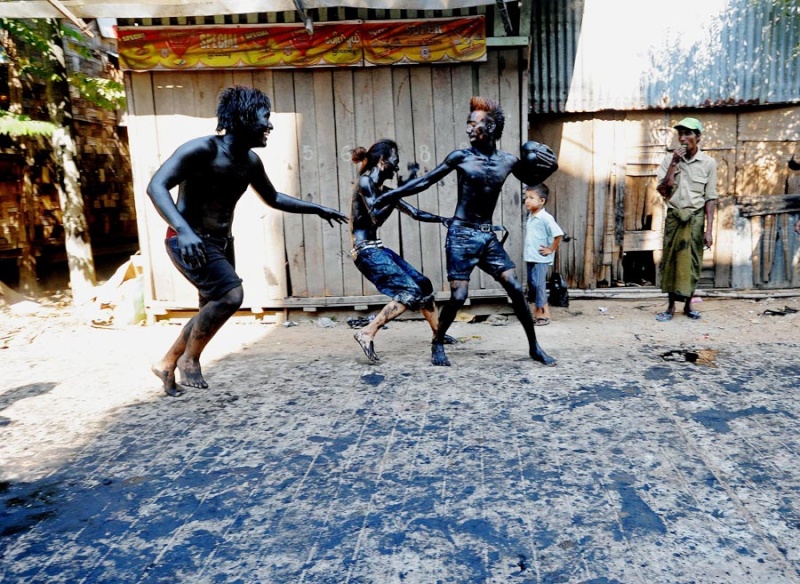 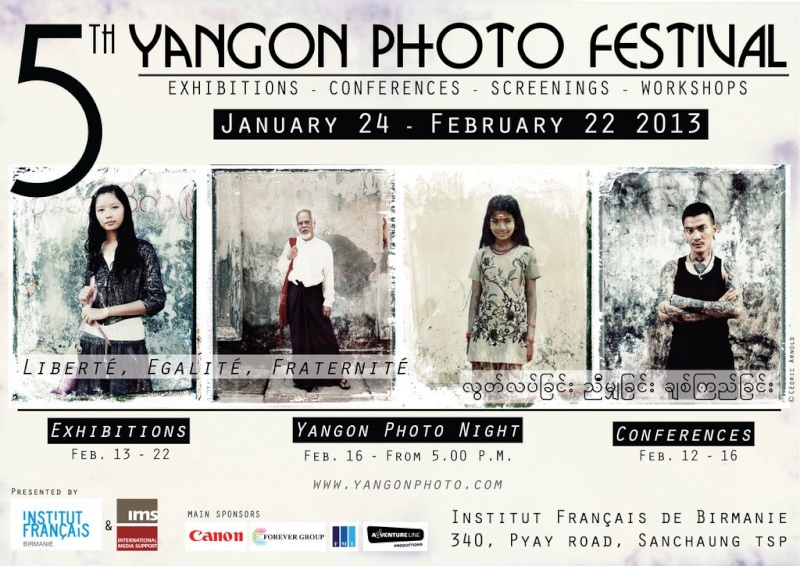 Visa-on-arrival is now available for citizens of 48 countries after the government expanded the visa scheme for 22 more countries last week.

Than Win, the officer-in-charge of the Mandalay International Airport said most of the European countries were among the 22 additional countries, including Belgium, Finland, Austria, and Israel.

According to him, the visas-on-arrival program will allow better business opportunities in the country and have more foreign investment.

After visa-on-arrivals were granted to the additional 22 countries on February 1, the Mandalay International Airport has received 70 visitors within five days.

Visas on arrival are only granted to travelers with the necessary documents, including a letter of invitation from their sponsoring company. A 70-day business via costs US$50, a 28-day entry visa for meetings, workshops or events is $40, and a 24-hour transit visa is $20. 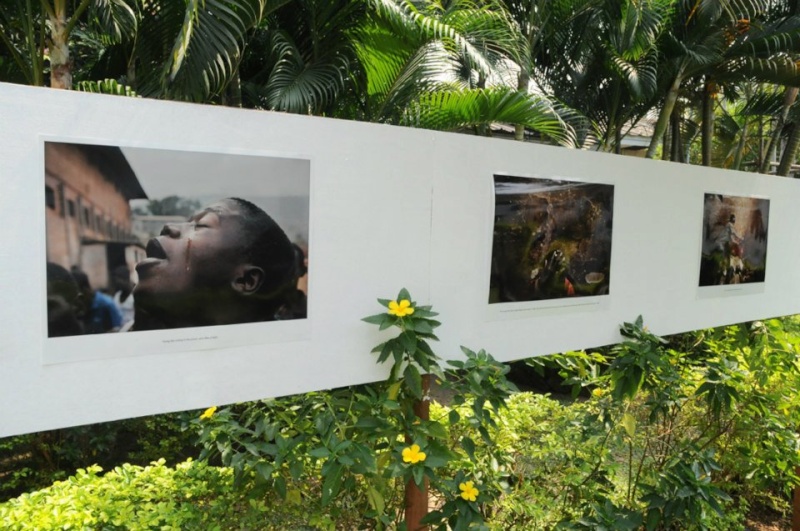 Myauk U, also known as Mrauk U, the old city of Rakhine State is supposed to reopen its doors to visitors soon, the Deputy Minister of Hotels and Tourism Tin Shwe said at the Lower House on February 21.

Myauk U is expressed as the Ancient Arakan King’s Capital and the cultural heritage zone in Myanmar, comprising thousands of Buddha stupas, temples and pagodas.

According to Tin Shwe, Myauk U has been regarded as the tourist destination. Unfortunately, it was temporarily closed once from August 30 to September 25, 2012 due to the crisis and closed again in late 2012 for the next time crisis in the region.

However, 140 international tourists have gone around the city without permission in January 30, 2013. The ministry had some high rank officials guarded those tourists for their safety. Moreover, the ministry took such event just as the record.

The Ministry of Hotels and Tourism has allowed tour agencies for itinerary programs since early months of 2008 in accordance with the permission of Ministry of Home Affairs.

The Ngapeli Beach in Thantwe Township, Waitharli old city in Myauk U Township and the Mahamuni Buddha in Kyaut Taw Township are the main tour destinations in Rakhine State. 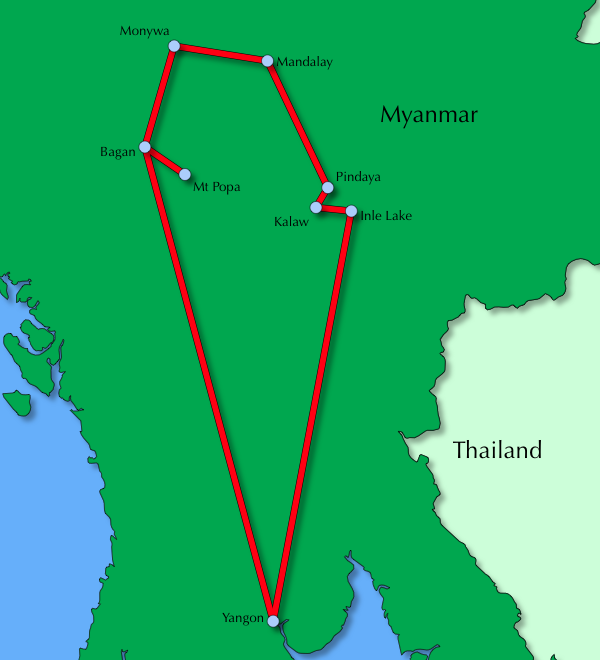 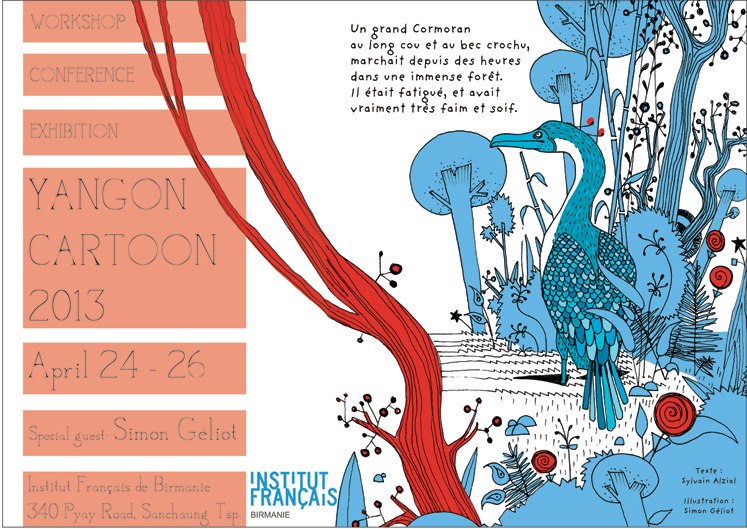 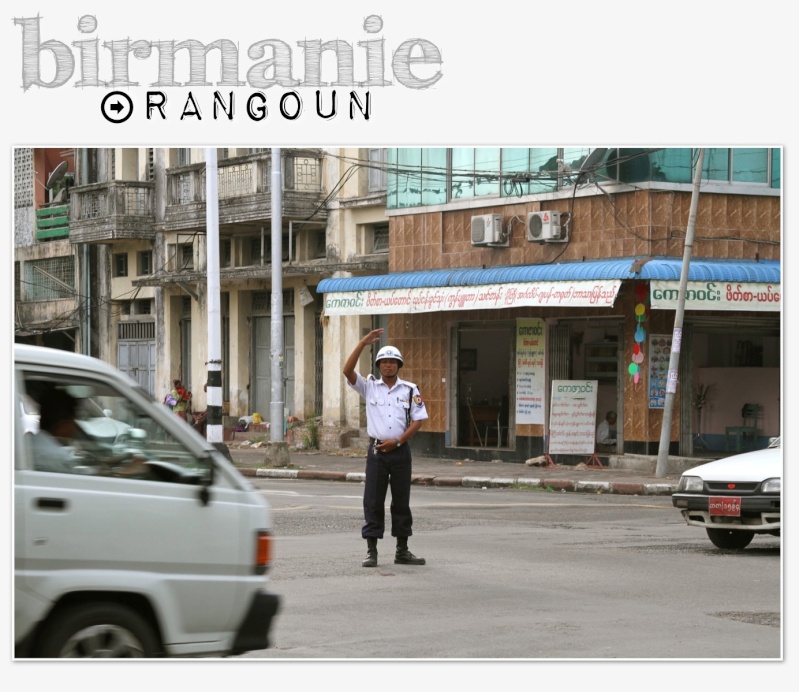 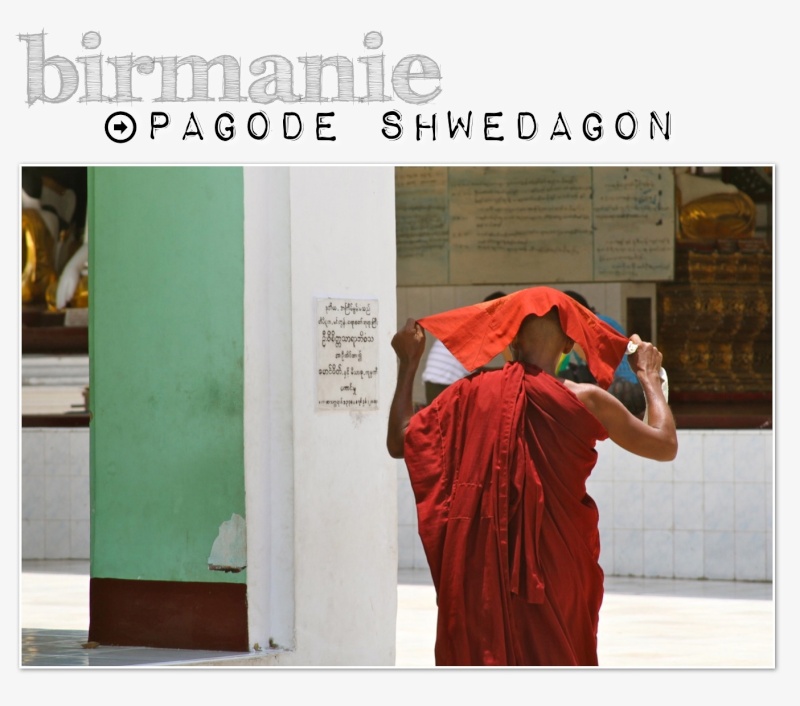 Myanmar and Thai citizens, as well as foreign tourists, will be allowed to pass through four Thai-Myanmar border checkpoints, including Myawady, starting from August 28, an official said.

"We have received instructions to allow Thai citizens and foreign tourists to pass through all four border checkpoints on August 28. The remarkable thing is that Myanmar citizens with visas and passports will also be allowed to visit [Thailand] through the border crossings," said an official from the Immigration and National Registration Department of Myawady District.

The four checkpoints include Tarchileik-Mae Sai, Myawady-Mae Sot, Kawthaung-Ranong and Htee Khee-Sunaron. Fine will be imposed if their visa expired.

Foreign visitors using the border crossings can depart from Myanmar through any official gateways including Yangon, Nay Pyi Taw, and Mandalay.
The government has amended its list of restricted areas after an improvement in rules of law and stability in the country.